Winston (my alter ego) and I have been friends since before we started school. I posted this picture I found from when we were in the 1st Grade in Waco Texas. Winston didn’t have Sparks back then but, that’s a whole ‘nuther story. Winston was always the class thinker, artist, and wordsmith. With his perfect attendance record, and a report card filled with “smiley faces” he was the only student allowed to have his own office on school grounds; where, every day after school, he worked on something called the “internet” and was tutored in several languages along with quantum physics. 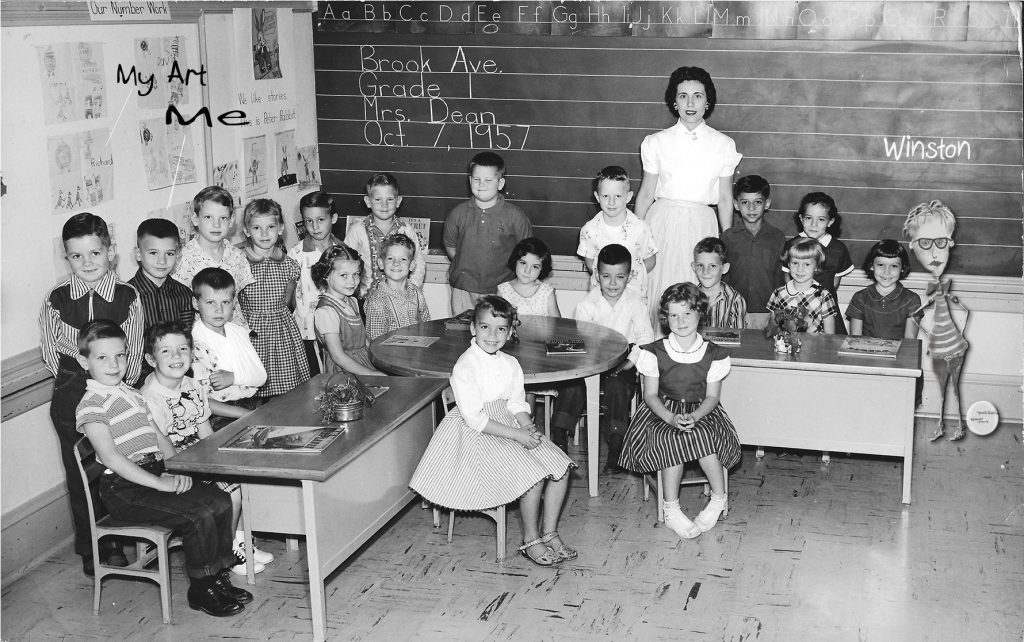 I walked the halls most of the time. Sent there by the teacher until I could get focused on my school work. When the end of school bell rang it was like I had been granted freedom from the dungeon of oppression….and I was out of there like a shot.  Winston never left school until it was time for dinner.  After dinner we would ride our bikes in the glow of street light and see how many crickets we could squash.

Winston was an avid jazz and blues fan. In the 9th grade he introduced me to the sounds of Dave Brubeck, Pete Fountain, Louis Armstrong just to name a few…and I was hooked. Still am.

Sometimes (rainy no school days) we talked on the telephone and he would tell me about his collaborations with people I’d only read about, or about an art piece he was working on. Winston, even as a boy, was a true renaissance man. Me…I wanted to be a rock star or a Cop.

Years later Winston, the “Mind of D” (for whom I am the caretaker) and I are still magical, mystical friends.  I believe this blog might just be the place to tell his story. That is… if you are interested. Peace

I enjoy receiving comments and questions.  Please leave them below. -Peace