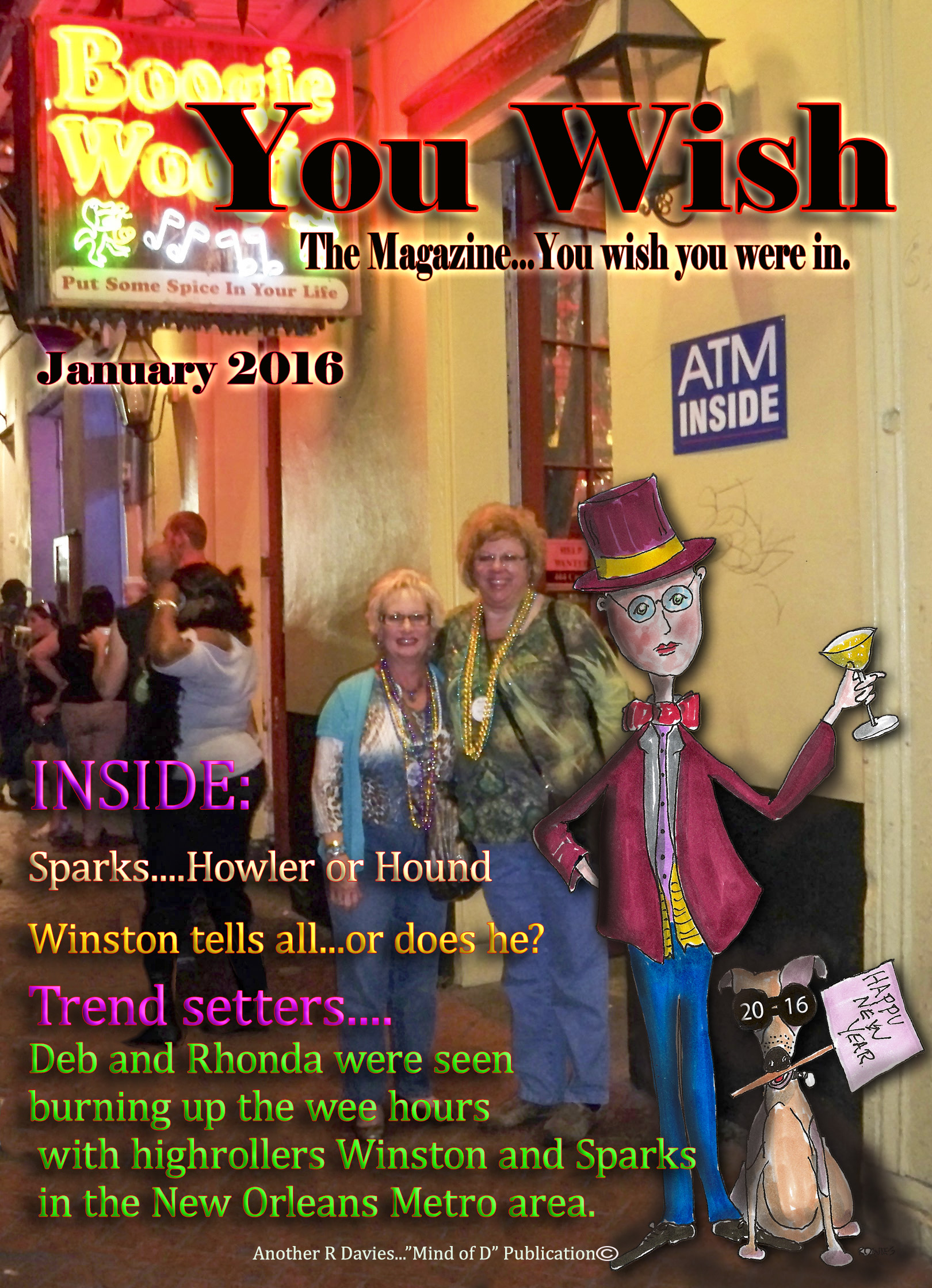 After high school Winston went to college. I went to work. I did this job and that job. I played drums and sang in a couple of blues bands. Traveled the Texas coast playing in one dive after another until I decided, I wasn’t going to be a “Rock Star”, and moved back to Oak Cliff. I continued to play some…. and took whatever day job I could find. In my mind, I would get the occasional letter from Winston. He would tell of great adventures, and of the people he met while traveling for his studies. I imagined being with him, and would often times fantasize the life he must be living. I missed Winston, but I was too grown, I thought, to be hanging with him anyway.

Years past by, I was now married, had some kids, a house and a reasonably steady job…a real adult gig. I was happy. I had time to do some drawings…mostly doodles but, that was better than what I had been doing. I love art. I would draw something and give it away. It made me happy that others like my drawings. That’s better than money any day. It just does’t pay the bills. 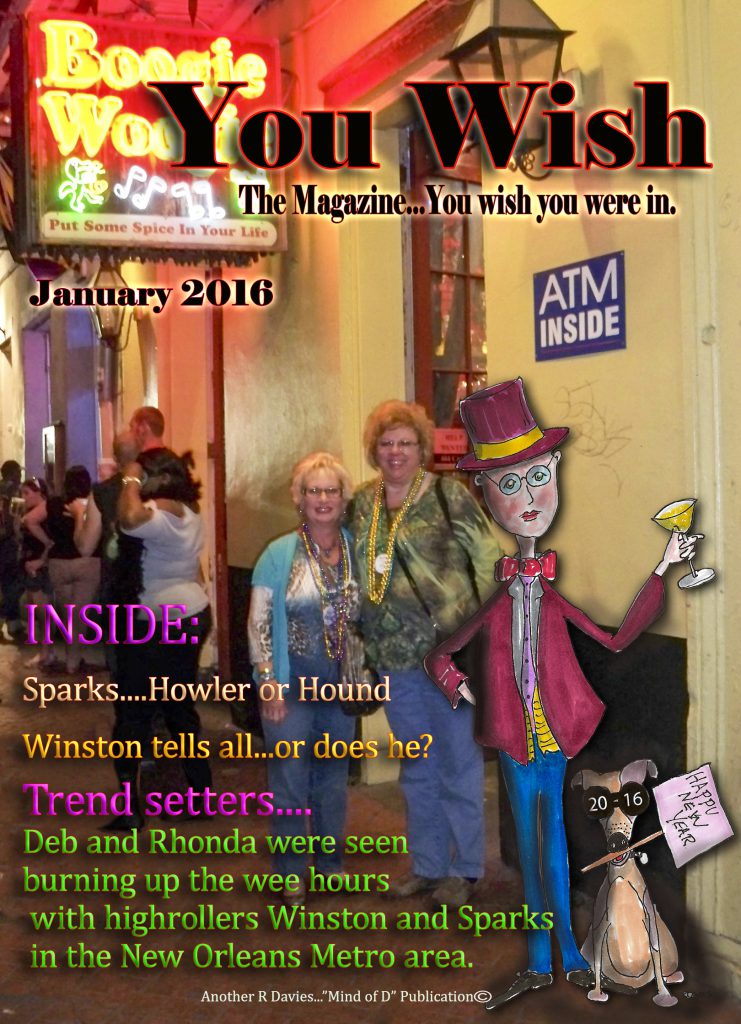 Move up some years and I ran across a magazine with, of all people, Winston on the cover. He was in New Orleans. I started checking on his whereabouts and found him everywhere. He was every Who’s Who list. Every paper and magazine overflowed with verbiage of his entrepreneurial expertise and topped the list of “people in the know”  I contacted Winston and one night in my dreams he flew me down to New Orleans. We had a marvelous reunion. We dreamed all night long, and in the morning, I promised never to get to old for Winston.  I haven’t, and I won’t.

Winston has since retired from his hectic schedule and settled down in a comfortable house , in a quiet neighborhood with his adopted/rescued dog Sparks (that’s another story).

Winston is occasionally  seen relaxing on park benches…or any bench for that matter; where he enjoys talking  to the squirrels and birds before returning home to practice his clarinet and piano. He loves to dress up on the holidays and 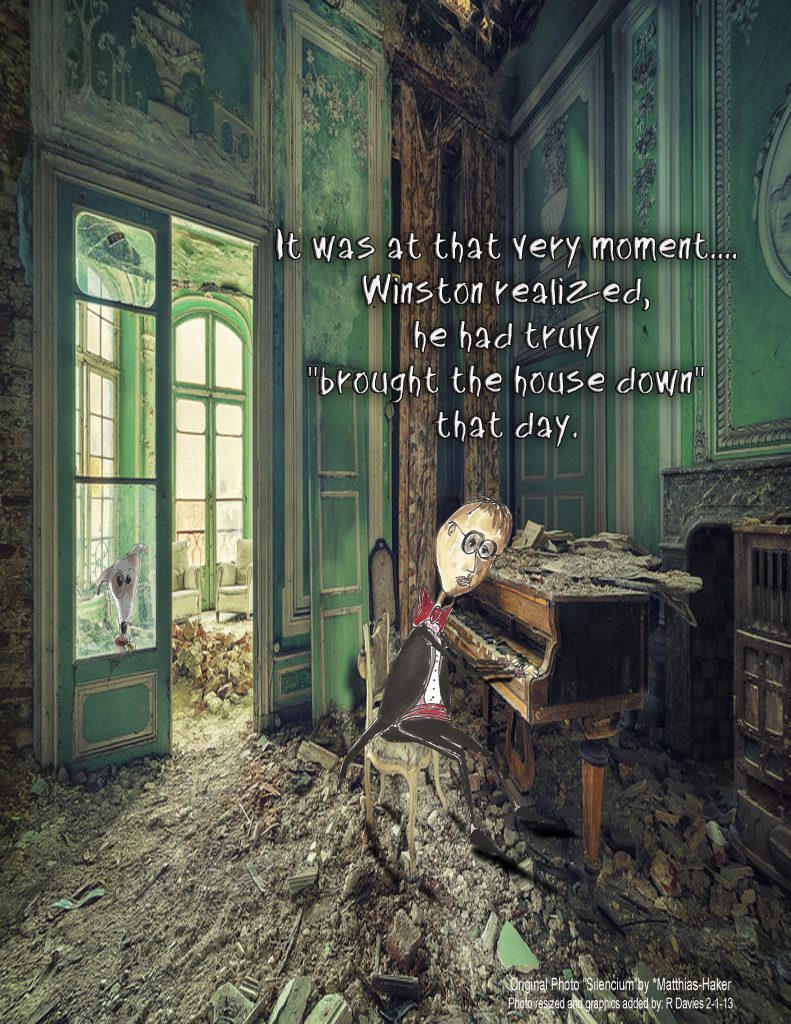 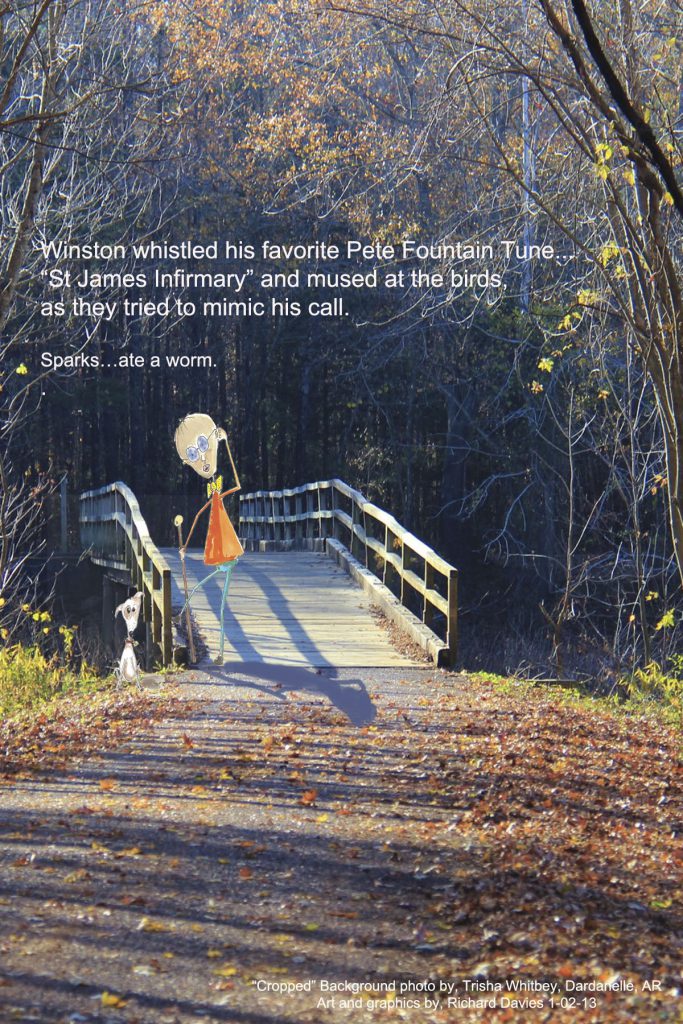 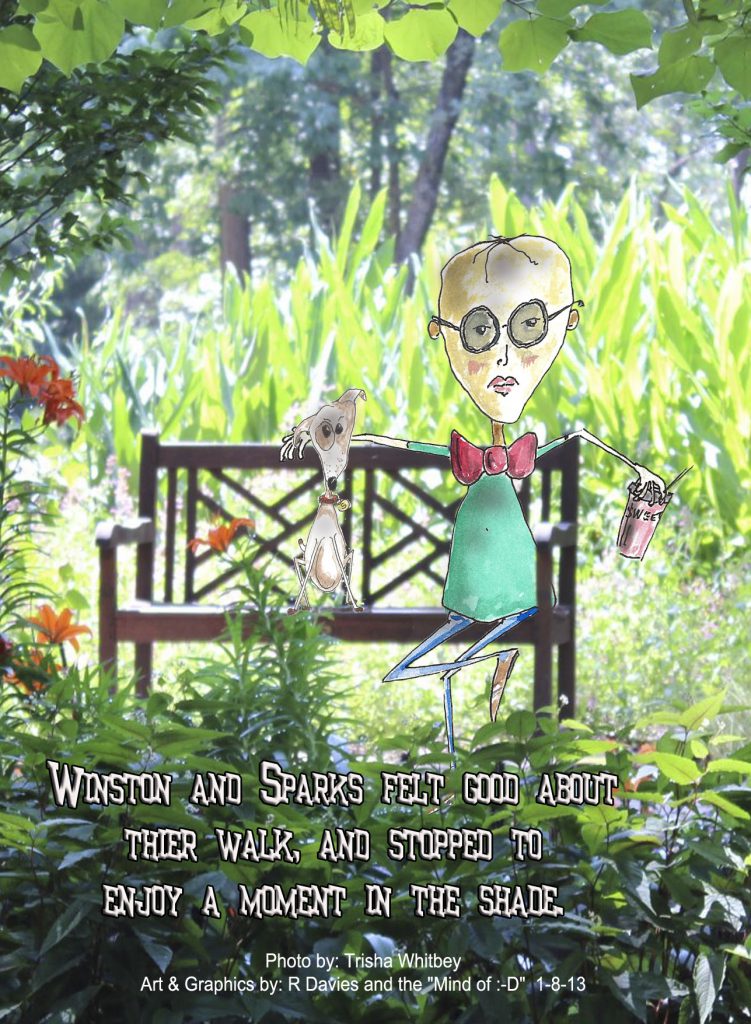 speak to the kids at the local school.

I enjoy receiving comments and questions.  Please leave them below. -Peace